Forty five years ago ( 1970) I wrote my masters thesis at the American University of Beirut on the implications of the British withdrawal from the Gulf. The British bled white after WWII led the British government in 1968  to begin the withdrawal “East of Suez.” This was,  in part, required by the economic  problems of the UK at the time, but more importantly, a loss of will. Great Britain could no longer  afford their role as the policemen of a good part of the world, especially in the Middle East. Insurrections in Palestine, Aden, Iraq, and rumblings in Jordan convinced the British government that they were on the wrong side of history. In my thesis I dedicated a large portion of the thesis to the Arab-Iranian rivalry in the Gulf and what  the consequences of a hasty withdrawal would have on this conflict.  There was no doubt that is would exacerbate the conflict.  It was only the supplanting of the British  by the American  naval forces that avoided this consequence.

There are differences today of course, the seven sheikdoms have  become the UAE and Iran is no longer under an autocratic shah, rather today it has a much more autocratic “religious” regime. But nothing else has changed.  The situation is eerily  similar today, Instead of a pending British withdrawal we have an unannounced but very real American recessional from the Gulf and the entire Middle East. It has very little to do with economics; it is entirely  a matter of the loss of will on the part of a feckless American administration and a distorted  view of the realities of the world on the part of  President Obama.  It is a view that America is the cause of many of the problems in the world and if we just get out of the way, the Peoples of the earth will simply sort out the problems themselves, and somehow being the inoffensive nice guy  will elevate the popularity of America in the world.  This so patently sophomoric it is hard to believe anyone other that a professor in Middle East studies in some elitist university would believe it. Why Obama has this attitude is for others to debate but that it is impossible to refute that America’s prestige and influence in the world, and particularly the Middle East, has plummeted. 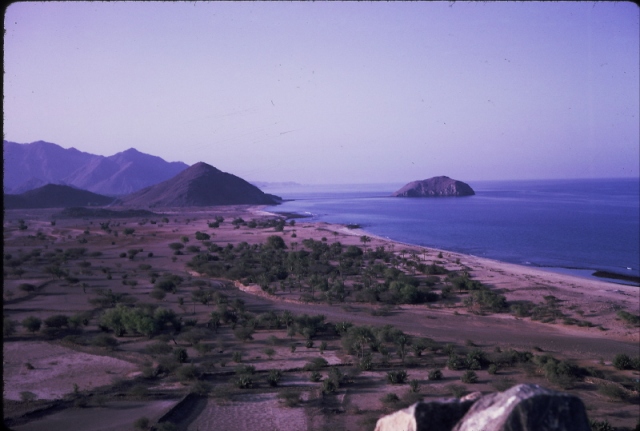 Under this administration. Our “friends” ( those with whom we have common interests) do not trust him, and our enemies ignore and periodically humiliate him. I do care about what these leaders think of Obama personally, but the problem is that as Obama  goes, so goes  America’s place in the world. His diminution  is our diminution. At the center of this withdrawal  was and is the critical importance of the Persian Gulf  to the Middle East and the Western world, and not just the oil but the geostrategic importance of the region.  Just as they were  with the British, the Gulf Arab rulers are extremely unhappy with the  American withdrawal….. from being the  guardian of the Gulf to one of being an interested bystander.  Although the media paints the crux of this as being the impending nuclear deal, it, in fact, centers on the irredentist and imperial aspirations of the Iranians that are patently clear to the  Arab rulers, and the Israelis.

But Obama, in his infinite wisdom, obviously believes he knows what is best for them. The Arabs  know with this  deal, which will be worth no more than the value of the paper upon which  it is written, will allow the Iranians to expand their economic strength. What happened to the Carter doctrine , which was primarily aimed at the Soviets at the time but which the Gulf rulers see as equally  applicable to the Iranians? It is not mentioned. One can always question how this may affect the interests of the United States, particularly since we do not (presently) need the oil.  It does matter however and  very much so. First of all this blogger believes that there is a moral responsibility involved. Just like people, nations have responsibilities. To those much is given much is expected. This famous saying was used by President Kennedy again and again, but in actuality it is from the Bible, LUKE 12:48 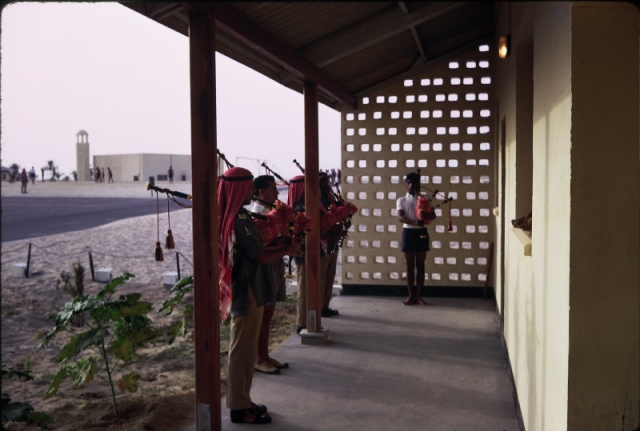 Secondly we may not need the oil but almost everyone else does and when the Iranians have control of the Gulf traffic, they will have control of the body of water through which 60% of the world’s oil passes each day. Moreover and more importantly the Saudis and the other Gulf Arab nations, hopelessly outclassed in military power, will be easily intimidated by a bellicose Iran, and understanding they no longer have a reliable guardian, will be forced to acquiesce to Iranian demands, turning on or off the spigots of the oil according to their political whims. When the supply of oil dwindles, the oil hungry nations compete with each other to gain access to the oil supplies, leading to vastly increased oil prices, The US will not be exempt from this. We still import close to 40 % of our oil from other nations. 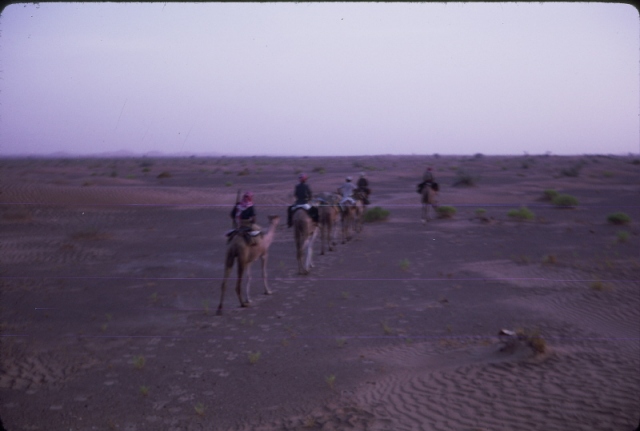 Thirdly, despite the fact that geostrategic thinking today has few advocates among the decision-makers, the long history of the Persian Gulf has always been in the center of the geo strategists from AT Mahan, Halford Mackinder, to Nicholas J. Spykman.   Both the Germans and the Russians under both the Czar and Stalin were strong believers in the centrality of the Persian gulf and the littoral regions, and not just for oil. Hitlers turn from the drive on Moscow to the south was part of a pincer attack, one coming through the Caucasus, from Stalingrad and another from North Africa to converge in Iran. It should also be remembered that the Persian corridor was our main supply route to the Soviet Union during their dark days in WWII.

At one time the Arab rulers were also naive about the new Islamic regime. The Shah, shortly after learning of the impending British withdrawal, seized the  Arab islands of Abu Musa and the Tunbs in the Persian Gulf. When the Shah was overthrown the Gulf Arabs had hopes that Khomeini, being a good Muslim, (so the thinking went) ,and being more supportive of the Arab causes ( as evidenced by his first Arab VIP visitor being Yasir Arafat) the Iranians  would surely return the Islands to the Arabs. He did not . He fortified them. Iranian imperialistic aims have not altered in the least. They have only grown in the years since the revolution. On the nuclear deal itself, most people will simply leave it to the “experts,” the assumption  being the complexities are best left to those in the administration ostensibly working for the best interests of the United States. One does not have to be an expert to realize that the deal, to be worth anything, must have an iron clad regimen of  inspections and impeccable intelligence sources. Consider this. Every Western intelligence service in the world believed the Iraqis had or were on the threshold of creating a nuclear capability. (despite  the generally left-wing media rewriting history) Saddam kept hundreds of  “experts ” guessing right up to the end, even with many inspectors roaming about his country. Given the Iranian hostility and arrogance,  and whatever inspection procedure is agreed to, the Iranians will not play the game. They will obfuscate, deny, claim wounded nationalistic feelings, etc. We will have no idea what is going on and most  clear-eyed observers know this. Certainly the Arab rulers do.

In Iraq one sees the Iranian game of duplicity being conducted every day. Supporting the Iraqi Shi’a against the Islamic State just enough to maintain their territory in the south but not enough to give the Iraqi government the wherewithal to regain Iraqi territory in Anbar province. The Iranian objective is very apparent. They want a weak divided Iraq, splintered into three entities, with the Shi’a south under tacit Iranian control. I want to make it clear that I do not blame the Iraqi government and Shi’a community. The Iranians have aptly filled the void left by the feeble American response. Pinprick air attacks,  a commando raid that was more public relations than with strategic objectives, have in no way deterred the  growth of the Islamist movement and the ISIL.  The Iraqi army, ill motivated. ill trained, and with a corrupted officer corps, continue to fall apart at the mere announcement of an appearance of the Daesh, (the generally pejorative term used for the “Islamic State.”) Only the Iraqi militias, though divided politically, have done most of the fighting against the  Daesh and have lost many men against a better equipped and better trained Daesh forces. There is no doubt that the  Daesh is dominated by the old Ba’ath apparatus of Saddam and officers of the old Iraqi army. They are  more Arab nationalist than religiously motivated.  The violent Islamist tenets of the organization are mostly for recruiting purposes, at least to those at the top, who have adroitly used  the appeal of  systemic violence and terror, to bring in the dreamers and losers of the urban jungles of the world. To the Shi’a, Arab nationalism has always been an anathema because it has always been understood that Arab nationalism is an exclusive Sunni movement ( with a few store front Shi’a and others). In fact it has been the Sunni exclusivist and prejudices against the Shi’a as evidenced by Al Qaeda, and now the Daesh that has motivated the Shi’a awakening in the Arab world as evidenced in Iraq, Lebanon, Syria, and Yemen. The Daesh threat is real but even more so is the Iranian threat

The Iranian  appetite grows upon which it feeds .As I wrote in 1970, “….the growing power of Iran is giving substance to the voice of irredentism which is now loud in Iran. It represents a force, albeit an unmeasured one, which could bode ill for the future,” .

Retired artillery colonel, many years in a number of positions in the Arab world. Graduate of the US Military Academy and the American University of Beirut. MA in Arab studies from the American University in Beirut along with 18 years as Middle East Seminar Director at the JFK Special Warfare Center and School, Served in Vietnam with 1st Inf Division, Assignments in Lebanon, Jordan and Egypt, plus service with Trucial Oman Scouts in the Persian Gulf. Traveled to every Arab country on the map including Iraq, Syria, Kuwait, Qatar, Saudi Arabia, Tunisia, Algeria and Morocco.
View all posts by Tex →
This entry was posted in Arab Military, Iraq, Middle East Politics, Terrorism, US Foreign Policy in Middle East. Bookmark the permalink.