Normally the discussion is about what the Middle Easterners have learned from the West but rarely do we talk about the lessons we should learn from them. And I am not referring to the ancient cultural center of Baghdad and the classical knowledge  transferred to  Europe coming out of the dark ages. I am writing about the lessons I observed  and studied in the Arab world in the modern era. There are primarily darkly negative lessons.

Lesson number one.  Centralized  government control,  often identified as statism/socialism {whatever term you wish to use } is destructive of the country, the people, and their spirit. Almost all the Middle Eastern countries adopted some sort of Western version of socialism. Its features fitted nicely  into the culture of authoritarianism that have characterized the Middle East from the earliest  days of the Arab kingdom.  Abdul Nasser of Egypt  called it “socialism with an Arab face.” 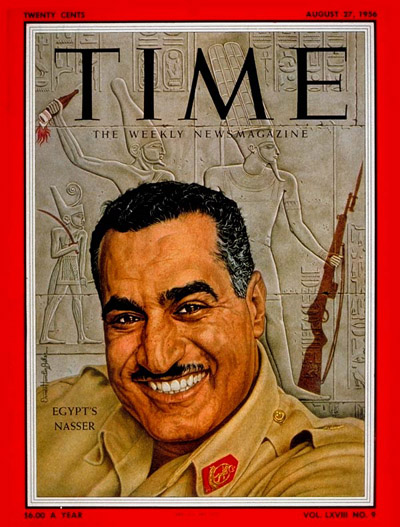 It was lauded by the Western apologists of Arab nationalism at the time with a lot of puff pieces and books claiming a new era had dawned in the Middle East. Of course there were some improvements in land ownership and huge government projects like the Aswan dam. Huge farms owned by absentee landlords were broken up and distributed to peasants working the land, and the military government had the political power to create projects that private enterprise could not. Across the Middle East,  Turkey, Iran,Iraq, Syria, and the Magreb,  governments, usually led by military leaders assumed power.  There were the tokens of progress, mostly Potemkin projects to convince the journalists and media types who waxed enthusiastically in order to have future access. 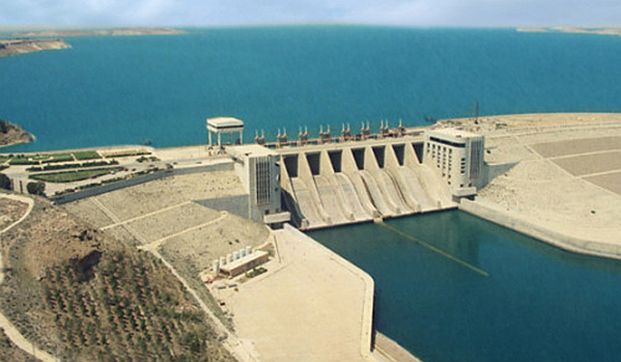 Assad Dama in Syria now bring used by the ISIS

Today some 50 years later the price of these centralized statist/socialistic governments are very plain to all but some, of course, will refuse to  accept it, yearning for the good old days of the 60’s. In a real sense it led to the Islamist ideologies of today. Why? Because these Western imported ideologies failed and failed miserably. The   general quality of life is no better or worse than under the kings and autocrats of yore. The cry of “Islam is the answer” became the staple  slogan of the agitators who roused the mobs from their lethargy.  It was an easy transition. The  pendulum swung  from the authoritarianism of socialism to the totalitarianism of Islamism.  The edicts and laws of Islam are difficult to ascertain, even for scholars, and the politicized cleric of today twist, manipulate, or at least highlight those aspects of Islamic theology  which resonant with their control.  Most  Clerics are instruments of the State or movements which subsidize them. 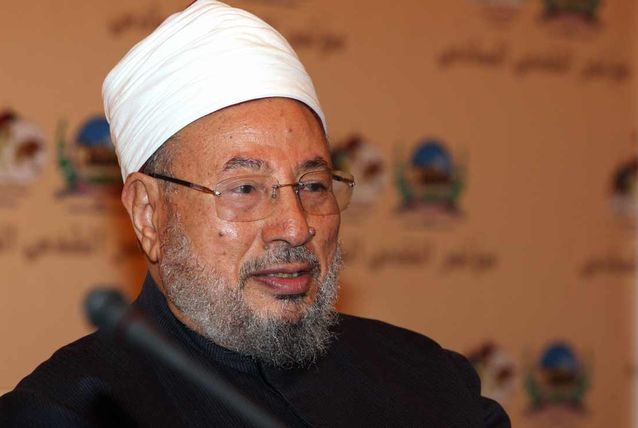 Under socialism the schools became nationalistic propaganda centers,  ensuring that dissent in thinking was abolished. The enemy was Israel or Jews and the leader at the time was the incarnate of purity and goodness. Free thinking was not only discouraged but often incurred  jail sentences. So with the coming of Islamism, the confined narrow parameters of thought patterns were easily supplanted by Islamism,  even the enemies were the same, with the  additions of a few others, generally Christians, Yezidis, or other Muslims, different from them.  Most of the Islamist movements are Sunni,  but the Shi’a  have not avoided the great leap backwards either as they attempt to turn Iraq into a shadow of despotic Iran. 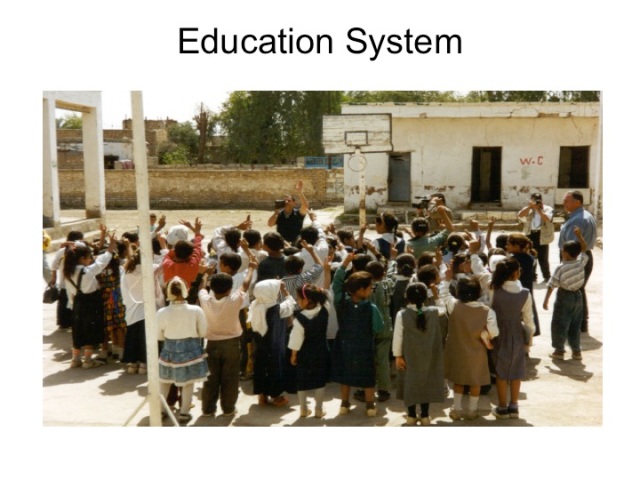 Pledging undying allegiance to the leader

Some of course, particularly the well paid apologists for these regimes, point to the technical achievements,  such as those by  Saddam Iraq , as if creating weapons of mass destruction, maintaining an omnipotent security,  or spreading dissension and strife  were liberating achievement.

Today, even in those Middle Eastern countries with a supposedly liberal  government the oppressive societal environment of a totalitarian ideology, Islamism, rules. Social pressure is every bit as powerful as government coercion. In terms of dress and public behavior the society of the Arab world is far more repressed (especially women) than in the 60’s.

Women are far more likely to be harassed in todays society than  30 years ago. It is as if the lights have gone out and darkness descended.  God’s laws have been used to advance all sorts of calumnies and they are largely accepted by the Muslim communities. For instance the murder of a Christian cartoonist in Jordan by an islamist, while decried ( briefly) by westerners was quietly accepted  by the general Muslim population as the right thing to do. The decades of statist government brought a uniformity of thought adopted by Islamists  to further their own ends. 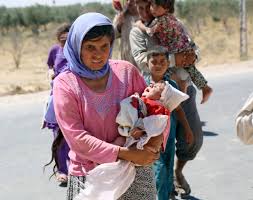 There is no community spirit or civil society because in a statist, centralized  government all is controlled from the top. Community  government is simply an institution to provide feather bedding for the ruling class. Representation in a parliament is mostly a joke, primarily being used as a legitimizing rubber stamp.  The initiative killing aspect of statism and centralized government are patently obvious to those who care to observe. I saw this in Iraq when the destruction of Saddam left Iraq totally rudderless. There were no civic or local governmental institutions to hold the society together. Even the much vaunted tribal system had been largely destroyed by Saddam. The idea of a community watch or Kiwanis club is a foreign idea in this culture and that was maintained by the statist regimes.

Of course Islam was always given flowery lip service by the so called secular statist governments. They always realized its power and that underneath the sloganeering of Western ideologies, the immense power of Islam as a religion, an ideology, a way of life was always close to the surface. The Statist leaders  always  paid due deference to Islam while privately mocking its outward appearances, such as when Nasser mocked a religious leader for demanding women wear the hijab. One cannot imagine that today in this environment.

Under socialism the government used their security and intelligence apparatus, their education curriculum control to indoctrinate, and financial power to  keep a largely apathetic society in check. The Islamists easily slipped into this environment, riding on the back of  discontent, the power of the Islamic message, and a society used to “waiting for Godot.” 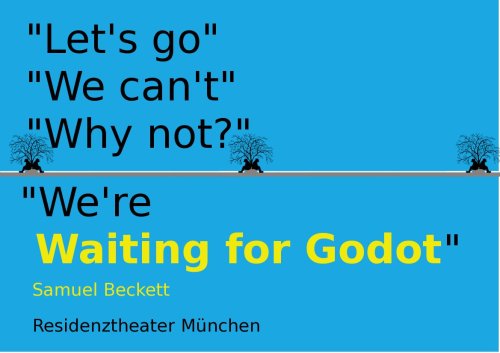 These socialist governments made sure they controlled the media, with a combination of a daily bombardment of indoctrination from the schools and propaganda from the media. The “new  Arab” man. like the new Soviet man was a government construct. If there is any  mystery about the failure of the “Arab spring” it would be solved by understanding that the revolts in most of the Arab countries were just spontaneous explosions of discontent. Thee was never any true democratic spirit moving the mobs. The revolt in Egypt only achieved bringing in a repressive Muslim Brotherhood  regime which was quickly smothered by the return of a military junta. The “new world” created by the internet has not brought freedom and liberality but  rather the theater of the macabre and savagery. 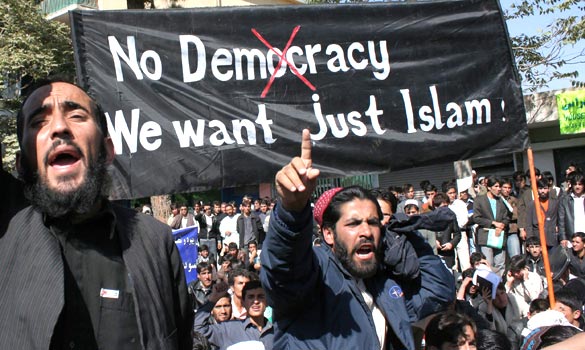 Most of all, and this is a primary lesson for Westerners drawn from Middle East experience, the middle easterner governments, always rely on their economic power, even more than  their coercive apparatus to maintain control. It is the power of the payroll…putting as many people as possible on the government payroll. Nothing can so  control a person as the intimidation of losing one’s livelihood. Combine this with  indoctrination  posing as education, a media ideologically and a fawningly subservient  ( or on the payroll) to an   elitist government, and you have the  makings of a totalitarian state. 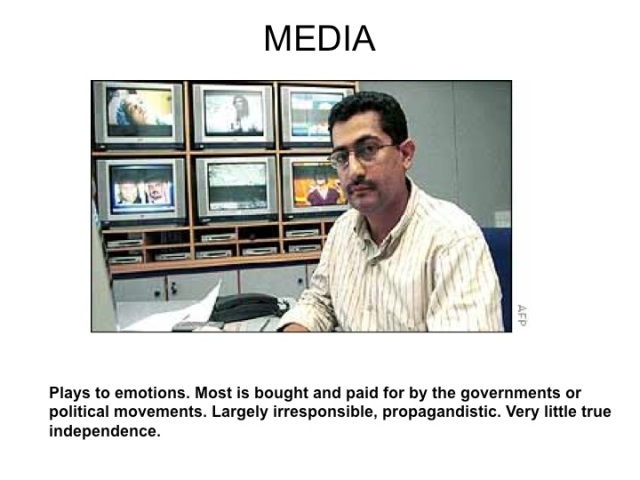 Overall the Islamists have moved the goal posts in the Arab world to a much more repressive environment, something I call  Cultural Totalitarianism.   Eventually this will fail as “Islam is the Answer” turns out to be another massive fraud perpetrated on the many by the few, but not before the barbarism in Syria and Iraq claims the lives of thousands more. The  disintegration as is happening in the Middle East will continue until   the “man on horseback” appears ,bringing the country back from disaster by ruling in a brutal arbitrary fashion. 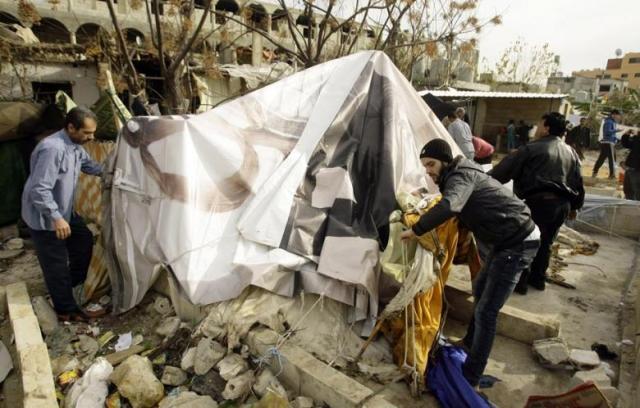 Secondly, Socialism always leads to sectarianism because it is the state who determines who gets what. Sectarian groups compete for government largesse. The government parcels out favors based on group loyalties, as did  Saddam to his Sunni Arab allies. People are considered in terms of their racial, sectarian or linguistic origins. In that way the ruling elite can use group against group, obviating the possibility of  united opposition to their rule. As we observe, the elite using race, religion and class to control the populations is being increasingly used in the West , particularly in the United States.

Western societies are not immune to these trends and as I look back I see how these destructive trends can all be so easily disguised in the name of progress.

Retired artillery colonel, many years in a number of positions in the Arab world. Graduate of the US Military Academy and the American University of Beirut. MA in Arab studies from the American University in Beirut along with 18 years as Middle East Seminar Director at the JFK Special Warfare Center and School, Served in Vietnam with 1st Inf Division, Assignments in Lebanon, Jordan and Egypt, plus service with Trucial Oman Scouts in the Persian Gulf. Traveled to every Arab country on the map including Iraq, Syria, Kuwait, Qatar, Saudi Arabia, Tunisia, Algeria and Morocco.
View all posts by Tex →
This entry was posted in Arab Culture, Arabs, Egypt, Iraq, Islamism, Middle East Politics, Uncategorized. Bookmark the permalink.