For weeks we have been reading that the Iraqis are about to begin the final assault on Mosul. which has been under ISIS control for almost two years. There is little doubt that the ISIS will be driven from Mosul eventually.  Obama, of course, is hoping that the retaking of Mosul happens before he leaves office. Many Iraqis are claiming that it will be done this winter. I am skeptical that will happen. There is also a division of opinion on whether or not the ISIS will fight for Mosul, choosing to exfiltrate into the desert and resorting to  guerrilla warfare and continuing to wage a world wide campaign of terror. Given the duplicity of Erdogan, Turkey may open the border to allow the ISIS and families to enter Turkey and on to Europe or other safe havens. This is a real possibility.

I,  however,believe the ISIS will fight for Mosul and do so bitterly. To give it up would be to admit the whole idea of sacrifice and  the courage of the Islamist fighters would be in doubt. Moreover with the Russian supported  Syrian army advancing in Syria on Raqqa,  the existence of the Islamic State is in jeopardy. With the loss of Raqqa and Mosul, the Islamic State will appear to be an obvious mirage, even to the most fervent ISIS sympathizers.

It would seem, given the dwindling military power of the Islamic State, that a coordinated attack on both Raqqa and Mosul would be a no – brainer, but that is a pipe dream, The Russian U.S. coordination required  will not happen. The Assad forces and Russians are on a roll and see no reason to  cooperate with a U.S. seen as a recessional power in the Middle East.

Seemingly the ISIS is hopelessly outnumbered and  lacking the firepower and air support available to the  forces besieging Mosul, but a  closer look indicates that the anti ISIS forces are fatally divided and have very few common interests binding them together. On one side are the Kurds.  But  they are not united, still suffering from the age old Kurdish malady, their propensity for infighting, and having various factions manipulated by neighboring  and international powers. There is an alphabet soup of Kurdish factions, some led by warlords and with a number of disunited military forces. In some cases they cannot even communicate with one another. No neighboring  country wants an independent Kurdistan. The Turks, Iranians, Syrians, . and Iraqis,  all  oppose an independent Kurdistan. Turkey and Iran have demonstrated they will fight to avoid one. American and European policies are ambivalent and as usual, the Obama policy is opaque and pleases no one. The Shi’a Iraqi government, pushed by the Iranians, will not accept a fully independent Kurdistan. 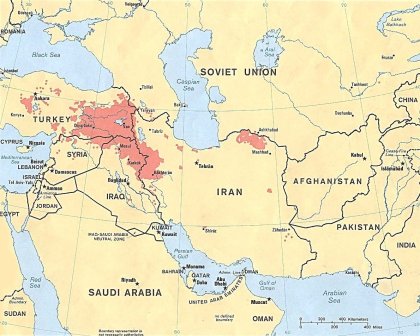 The Iraqi army, supported primarily by the US and some European powers, creeping up from the south, is being rivaled by various Iraqi Shi’a militia forces. These militia forces are supported by Iran and want to make sure they have primary influence in what happens in Mosul. In particular they want to make sure Turkey or Sunni Arabs  do not control Mosul. The Iraqi army itself is not ready for a fight for Mosul if the ISIS chooses to resist. In the slow march up the Euphrates, the Iraqis have used mostly a few fairly well trained units and they have lost quite a few men. The bulk of the Iraqi army is not ready for urban warfare in Mosul. Pushing them into the battle too soon will  result in losses the weak Iraqi government cannot stomach. It will also result in the Iranians pushing the Shi’a militias into the fight..an event which will result in more determined resistance Sunni defenders of Mosul, as well a massive  civilian refugee  exodus, fearing Shi’a retaliation for years of Sunni depredations on the Shi’a population.

In fact the massive expected civilian refugee problem has barely been addressed and very little  if any planning has been accomplished to handle the problem. Nor has the critical issue of who controls what after the reconquest of Mosul takes place, been resolved. For sure the Kurds are not going to shed their blood to take Mosul. only to hand it over to the Iraqi government.  Nor will Turkey back away from their little cousins in Iraq, the  Turkoman, using them as an excuse to maintain their presence in Iraq to fight the PKK Kurds. 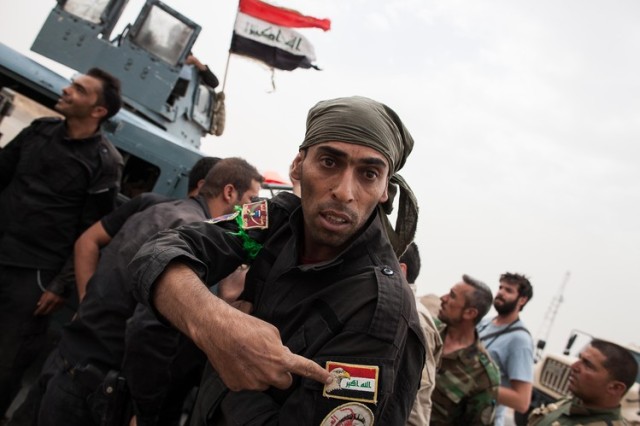 In fact the whole point of planning for the ouster of the Islamic State and the aftermath can be viewed in a  cultural light;  the propensity of the Arabs to short shrift planning and expect that all will fall into place. An  all- important aspect of Arab military traditionalism in coalition warfare  is the problem of planning. The future belongs to God. The attitude toward detailed planning and “saving up for a rainy day” is often seen as challenging God’s dominion over the activities of man. Plans tend to be perfunctory, rudimentary and to coin a phrase, based on the “audacity of hope.” Certainly the Saddam plan for the defense of Baghdad is an example of that. The only antidote to this cultural barrier is constant attention and emphasis on the planning, otherwise it will fall prey, as did the Saddam plan for Baghdad, to mubalagha. (hypocrisy and wishful thinking). If is very doubtful the U.S. has the influence any longer to maintain this sort of pressure. There is also the problem of increasing Iraqi hubris and vulnerability to a sudden ISIS attack coming out the desert on the long Iraqi army supply lines, reminding nervous Iraqi troops of the 2014 Mosul debacle. It is till a possibility.

When planning is done in response to the Western adviser it will often reflect a desire to implement ideas of the adviser that are incompatible with Arab culture. Or it will be done to please the advisor with no real intent to implement it. In fact the desire to emulate Western concepts (often superficially) into the Arab military establishments have been counterproductive to Arab conventional warfare, as I have written elsewhere.

2 Responses to Mosul….. and the Plan?