Revolution or Business as Usual in Egypt

An article in The New York Times, never a fan of the Al Sisi government, and as usual, in sync with the Obama administrations viewpoint that the Muslim Brotherhood was the wave of the Arab world’s future, . It quotes a number of “experts” predicting instability in Egypt. Apparently this is mostly due to a wealthy young Egyptian named Mohamed Ali, living in Spain,  attacking Al Sisi on social media, using videos, exposing corruption in the Al Sisi regime.  ( surprise surprise!!! Imagine corruption in the Egyptian government!!).  Following the removal of Mubarak, under  temporary military rule an election was held in which the only tightly organized political party in Egypt, the Muslim Brotherhood “won” and Mohamed Morsi became president. Morsi, has become part of the conventional narrative  as “the first democratically  elected president” in Egypt’s history. 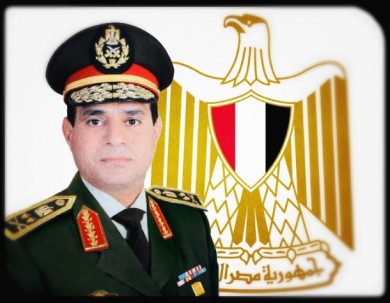 It quickly became apparent to the Egyptian urbanites that “democratically” electing Morsi, representing a movement that is antithetical  to democracy, was problematic at best.  General  Fattah Al Sisi positioned himself to head the Supreme Council of  the Armed Forces (SCAF)  which assumed power upon the removal of Mubarak, and quickly moved to position himself as amenable to working with the Islamist Brotherhood, as did most of the military leadership. Morsi convinced himself he was the man of the year and fumbling his way through his short presidency, brought in Al Sisi to become his defense minister, firing the former Mindef, Field Marshal Tantawi, after several bloody  attacks on  Egyptian soldiers in the Sinai. These attacks were perpetrated by the Egyptian branch of al Qaeda, a more violent wing of the Islamist movement. The Muslim Brotherhood government rapidly made themselves very unpopular trying to impose medieval  Islamist regulations on daily social life.  Instead of attacking the basic and massive problems of the Egyptian people, they  contented themselves debating the Muslim version of how many angels can dance on the head of a pin. Morsi was a disaster, at one time being caught on camera scratching his crotch while talking to a foreign dignitary. 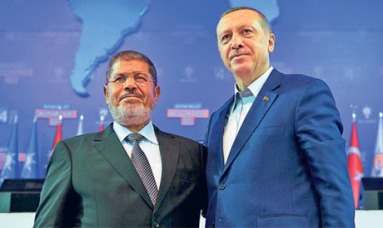 To some military leaders, it appeared that Morsi was imitating the path of Erdogan in Turkey, assuming dictatorial powers which he would then use later to crush the power of the military in Egyptian political and economic life. Actually, Morsi himself, tried very hard to cozy up to the military granting them privileges beyond that bestowed by Mubarak and  Anwar Sadat. Meanwhile Western commentators began circulating rumors that Al Sisi was a closet Muslim Brotherhood (MB) member, based on his appointment by Morsi to the top military position in Egypt, and the term paper he wrote while attending  the  American Army War College. It was also noted that his wife  and daughter wore the hijab.  Neither was indicative of Islamist tendencies. I read his paper and it was typical Arab boilerplate stuff, e.g., Arab-Israeli inequities, Western misunderstanding of Arab needs, etc.,  nothing radical in it.

Despite the close alliance of the MB with the SCAF, the military leadership recognized the danger of the Islamist movement, and Morsi seemed  slow or unwilling to deal harshly with the Islamist  terrorists in the Sinai peninsula.  So despite  the displeasure of the American state department, the  Obama White House, and the risk of siding with liberal youth groups, who were notoriously fickle, a decision was made to remove Morsi.  The army and security apparatus using the  cover of liberal youth demonstrating against the incompetent,  but oppressive  Islamist government,  took  the plunge and removed Morsi and the leadership of the MB. Most of them found warn receptions in Turkey where they continue to agitate against the Al Sisi regime.  Morsi  then took Mubarak’s place in prison. ( Mubarak  is now in house arrest).

Arab rulers have always known that being feared is better than being loved. Reading some of the Naguib Mahfouz novels  illuminate  how seemingly random arrests and brutality of the  omnipotent security apparatus enervates and paralyzes opposition. So another revolution in Egypt?

It will not happen. The idea of another “Arab Spring”  in Egypt is wishful thinking on the part of the anti – Al Sisi axis of leftists, Islamists, and Western academic “experts.”

The Egyptian people are not in the mood for more political upheavals, and under the short tenure of Morsi , Islamism has proven that it is not the answer.  Over the years Egyptian military  has insinuated itself  into into every aspect of Egyptian life, especially the economic. The military is an institution onto itself.  With some sectors of exception, the military establishment is shot through with corruption, nepotism, and incompetence,  but nevertheless, like most Arab militaries,  is revered by most of the people. Given the poisonous attributes of the Arab political climate it is not difficult to understand why the Arab people see the military as the only bastion of worthiness  to cling to. Recommended reading: The Egyptian Military in Popular Culture by Alia Said Mostafa.

Mubarak, though authoritarian, was ironically, the most liberal of the Egyptian leaders since the departure of King Farouk. It was his quest for a more liberal economic system to be managed by his son, being groomed as his successor, which the bloated bureaucracy,  (the deep state) military leadership,  and security apparatus resisted. These are the pillars of the state of Egypt. Mubarak would still be president had the aforementioned pillars of the state decided to keep him. His promotion of his son, and vision of the future, was not in their interest, (particularly financial) and so they stepped aside, and for a while allowed the mobs to present a facade of revolution.They allowed the Muslim Brotherhood to rule till they hanged themselves and then stepped in to “right things.”

Under  Al-Sisi the pillars of the state have thrived. Like the Ba’ath party in Iraq, the military has woven itself into the fabric of the state, ( Recommended Reading: Militarizing the Nation by Zienab Abul-Magd) and I, at least, see no way for a “revolution” to unseat him. It is always possible that a palace coup could occur if a cabal of senior authorities within the  pillars of the state  become  disenchanted, but the mystic of social media and elitist students bringing down the new pharaoh  is a pipe dream.